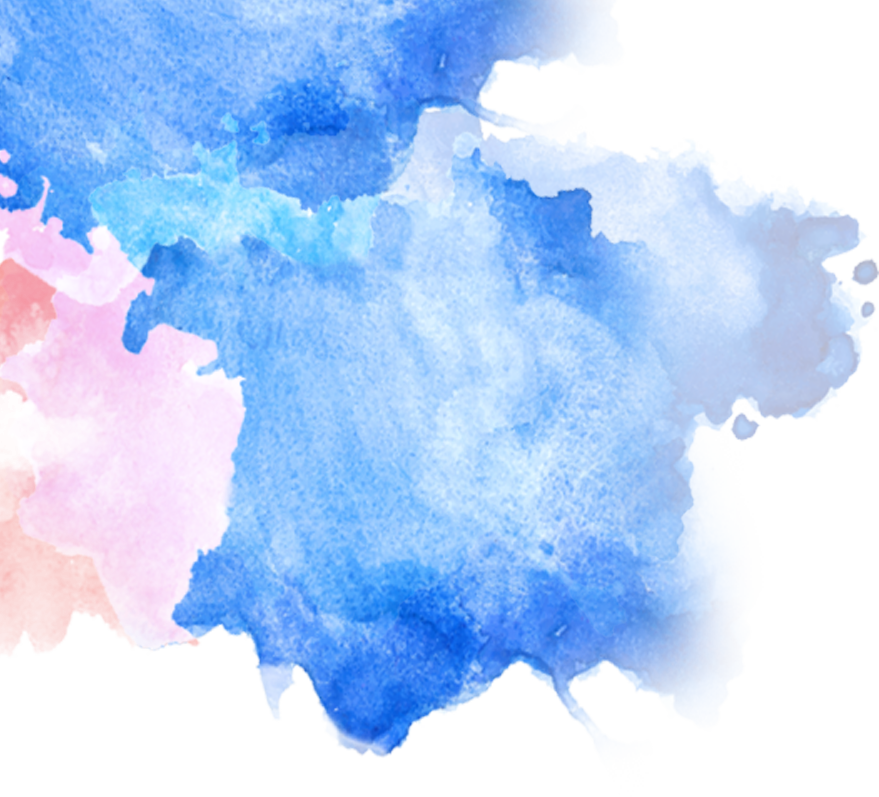 I am writing to express my serious concern about the Government of Alberta’s proposal to replace the Alberta RCMP with an expensive and unwanted new provincial police service.

Like many Albertans, I am alarmed that the Province continues to push a provincial police service that will cost hundreds of millions more each year in operating costs, alongside the loss of $188 million in annual federal contributions. This doesn’t even consider the hundreds of millions required for transition costs over several years, rising inflation impacts, and additional costs incurred during inevitable transition delays.

The Government has failed to note that a provincial police service will cost $164 million more per year in operating costs while adding only 56 police officers. For the same investment, the Province could add 600+ RCMP officers to serve Albertans.

I am becoming increasingly concerned that the Province will push the police transition through without proper consultation or consent from taxpayers, like me. Unfortunately, we continue to hear the government state that an Albertan provincial police service is not a question of if, but when. This, along with the lack of any meaningful consultation with Albertans is unfair and disrespectful to the constituents you serve.

I believe the funds earmarked for a transition would be far better spent on investing in the existing RCMP, the criminal justice system, and in much needed support for mental health and healthcare. With no clarity as to where the money for the transition will come from, I am also concerned that this will result in increased taxes for Albertans, reduced social services, or reduced municipal funding.

Please listen to our concerns. Don’t put our community safety at risk, especially when an overwhelming majority of Albertans do not support a switch to a provincial police service, including the 92 Albertan municipalities and stakeholders who have publicly voiced their opposition to this proposal. Let’s stop discussions of a transition, and work together to improve police services and the criminal justice system and, most importantly, keep the RCMP in Alberta.

I look forward to your response.

Tell the provincial government to Keep the RCMP in Alberta

Our Ask of Albertans

We have been talking to Albertans, elected officials, and community leaders to hear their thoughts and ideas firsthand, and there is one thing we have heard loud and clear - Albertans want to keep the RCMP in Alberta.

Now is the time to take action! We strongly encourage Albertans to speak out against this expensive, unpopular, and politicized police transition by sending a letter to your local MLA, the Justice Minister, Premier, and UCP leadership hopefuls.

The Province of Alberta is proposing to replace the Alberta RCMP with a new provincial police service that will cost Albertans hundreds of millions more in transition costs, operational costs, and the loss of federal subsidies. Funds for this proposed transition would be far better spent addressing the priorities and concerns of Albertans by investing in the existing RCMP, criminal justice system, and healthcare and mental health supports.

The Government of Alberta (GoA) is proposing to replace the Alberta RCMP with an Alberta Provincial Police Service (APPS) that would cost Albertans hundreds of millions more for fewer boots on the ground.

An online survey conducted by Pollara Strategic Insights from July 6-19, 2022, shows that Albertans support the Alberta RCMP and do not support this expensive proposal:

In late June 2022, the Keep Alberta RCMP Campaign joined local supporters in signing a Call to Action which was sent to the Government of Alberta, to voice concern over continued efforts to advance the creation of an expensive new provincial police service. This list of supports continues to grow.

In 2021, the Government's own Fair Deal Panel surveys showed that Albertan's do not support the idea of a provincial police service with only 35% of Fair Deal Survey respondents supporting the idea, ranking it second last in terms of priorities. 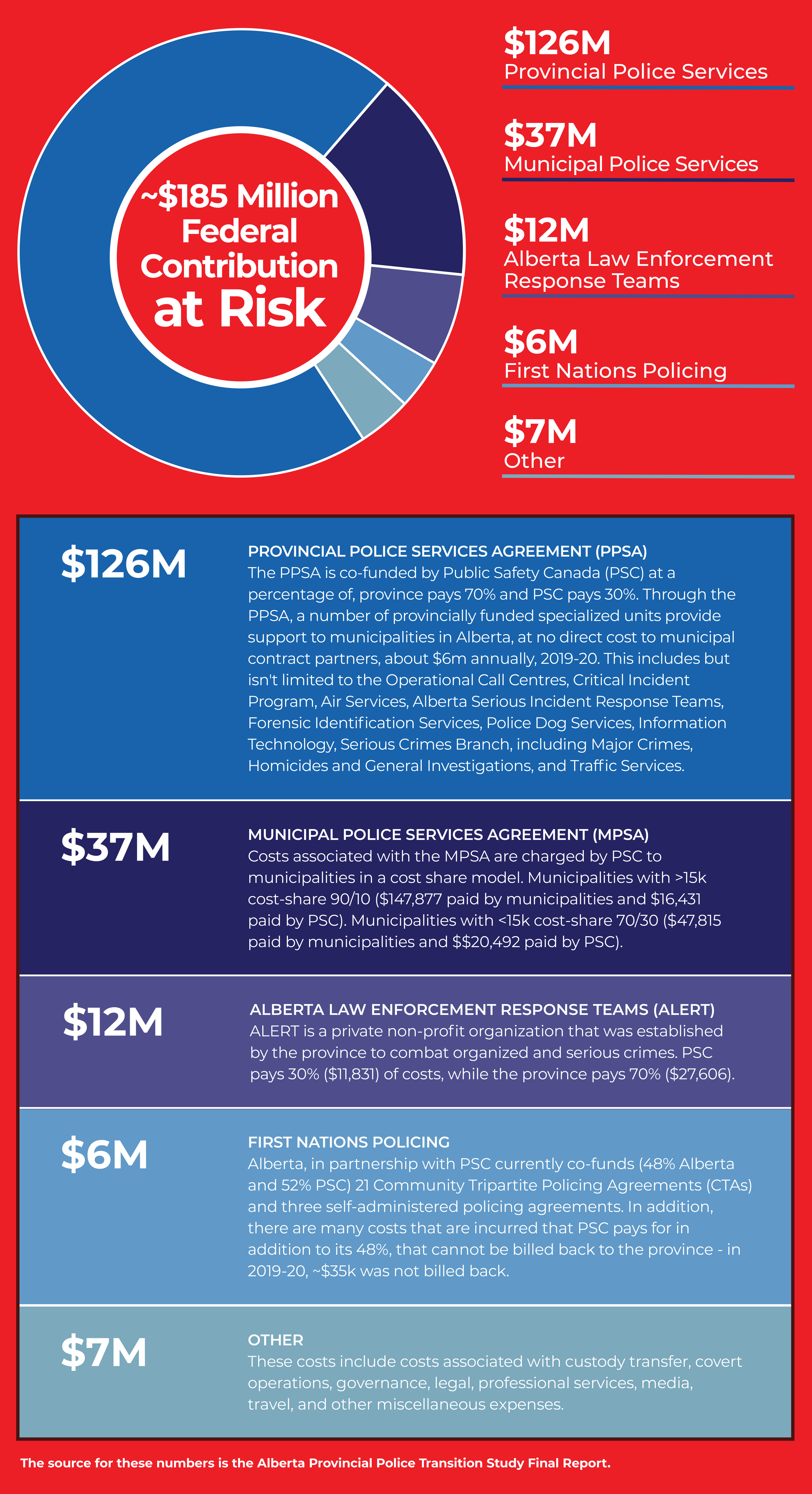 The RCMP in Alberta

A Safer Alberta Comes from Investing in the Alberta RCMP

Edmonton, AB — Following is a statement from National Police Federation Regional Directors Kevin Halwa and Jeff McGowan, and Vice President Michelle Boutin, in response to a recent statement from Joseph Dow, Press Secretary for the Minister of Justice and Solicitor General.

Edmonton, AB — The National Police Federation today released an updated list of 92 municipalities and other organizations from across Alberta that have signed a Call to Action, originally sent to the Government of Alberta in late June, which has seen a 30 percent growth since Justice Minister Tyler Shandro doubled down...

Provincial police could cost much more than estimated, argues NPF

Following the UCP government's outline for a proposed provincial police service in Alberta, the National Police Federation reiterated the fact that many municipalities are opposed as shown in recent research conducted by Pollara Strategic Insights.